A case for park trailminders 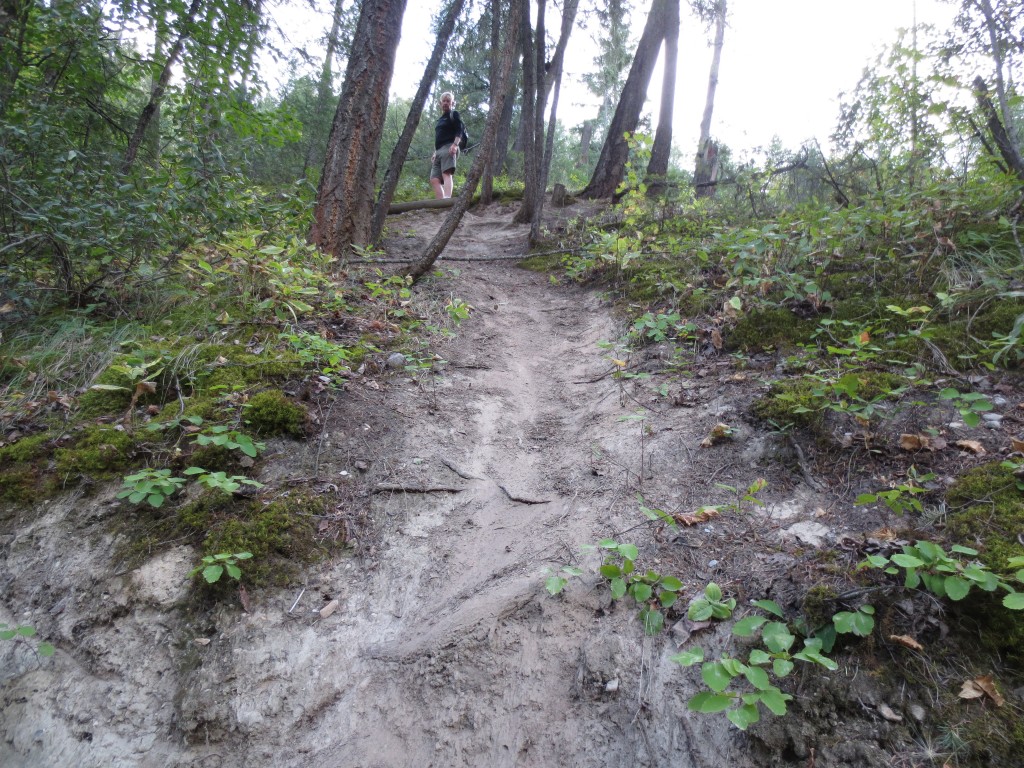 Shortcutting between switchbacks has created severe erosion along Kootenay National Park’s Juniper Trail. Just one of many trail problems that might be mitigated by volunteer trail crews in the mountain National Parks. Rhonda Allen photo.

The recent citation issued to a civilian trailminder in Kootenay Park has brought national attention to a question I’ve been asking for quite sometime. Why is it that provincial parks, lands & forest agencies, and municipalities can work with volunteer groups to maintain recreational trails and facilities, but Parks Canada cannot… or won’t?

While Radium’s David Pacey was operating without Parks Canada authorization (Retiree ticketed for clearing trails in Kootenay National Park, CBC, Aug 23, 2016), I understand his frustration at watching the steady deterioration of trails within Sinclair Canyon and other areas of the park.

Dr. James Thorsell just returned from a 54-km backpack along Kootenay Park’s Rockwall Trail, arguably one of the highest profile wilderness trails in the mountain parks. In fact, it was Thorsell’s Provisional Trail Guide and Map for the Proposed Great Divide Trail that first highlighted this exceptional multi-day route. His assessment after this summer’s revisit—at least 50% of the trail is suffering from serious deterioration and erosion.

Parks Canada trail crews are a mere shadow of what they once were. At best, the remaining “lightweight” units can only remove deadfall in the spring and early summer. If volunteers were allowed to tend some of the shorter and more popular trails, it would free up Parks Canada crews to concentrate on more remote tracks.

A good example of what’s possible is the Jasper Trail Alliance, which works under the auspices of the Friends of Jasper National Park. The Alliance’s volunteer crews coordinate with Jasper Park staff to upgrade and maintain trails, particularly within the very dense network of trails surrounding Jasper townsite. But this is the only accredited volunteer group that I’m aware of in the mountain parks.

The Friends of Kootenay National Park, with Parks Canada’s blessing, could form a similar group to assist with trails in Sinclair Canyon and other accessible areas of the park. And I don’t think it would be difficult to find volunteer trailminders in Canmore, Banff and Golden who would be eager to help out in Banff and Yoho National Parks as well.

Parks Canada administrators need to sit down and seriously address the reasons why they have lagged behind other management units in Canada and the U.S. The people who use and love the parks are an invaluable resource that shouldn’t be ignored.