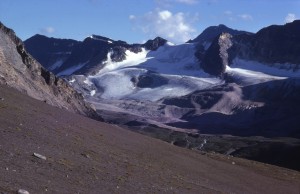 Jasper Park’s Jonas Pass is just one of several backcountry areas that reopened this week. The popular Jonas-Brazeau Loop trail was closed for over a month due to aggressive grizzly bear activity along the park’s southern boundary. Brian Patton photo.

Some of Jasper Park’s most popular trails reopened this week as the danger from wildfire and rogue bears subsided.

Rain and cooler weather dampened the Excelsior Creek Fire in the Maligne Valley, and allowed Parks Canada to lift travel restrictions  for the Skyline Trail and the Maligne Lake Road on Wednesday, July 22. All trails in the Maligne Valley are open with the exception of the Watchtower, where 40 fire fighters and three helicopters are mopping up the fire.

Meanwhile, the Jonas-Brazeau Loop trail and the Poboktan Creek drainage north to Maligne Pass have reopened following a month-long closure due to aggressive grizzly bear behavior. As noted in the Parks Canada Information Update, “Two grizzly bears have broken into cabins along the South Boundary trail to access horse feed. While they are no longer appearing at cabins and have not shown aggression to people, they may return to the area.” A bear warning remains in effect for the area with travel recommendations .

However, the remainder of the South Boundary Trail east from Brazeau Meadows Horse Camp, including Rocky Pass, remains closed as a precaution against the bears’ return (see Parks Canada Information Update).

August 1, 2015 Update: All trails in Jasper Park are open, including the Watchtower and South Boundary Trail. However, a number of bear warnings are still in effect. See Jasper Park Trail Report.