Mountain films for the great indoors 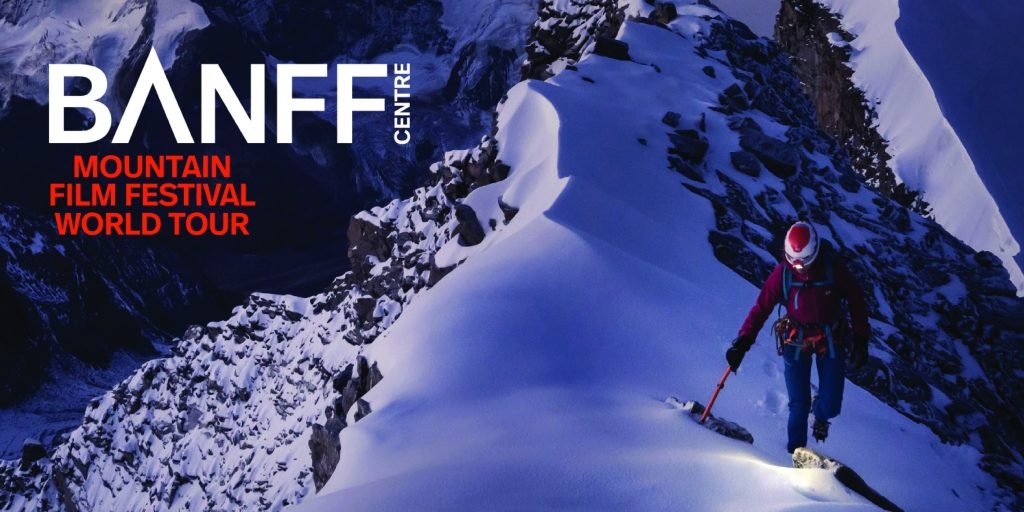 Click on Epic Films for the Great Indoors to access the Banff Centre’s page featuring films from the cancelled world tour and 2018 available for free viewing at home during the coronavirus crisis. You can watch these selections on your digital tablet or computer, or stream them (screen mirroring) on your TV.

Tired of COVID-19 “social isolation”? Experiencing cabin fever? Can’t take anymore 25-year-old “Seinfeld” reruns? The Banff Mountain Film Festival may have the answer by getting you back out in the fresh air, at least virtually. As published at www.banffcentre.ca/film-fest-at-home :

“The COVID 19 pandemic has created extraordinary circumstances around the world and many of our World Tour screenings have been postponed or canceled. While we can never hope to replicate the theatrical experience of a Banff screening in your home town surrounded by friends, we can still provide these award-winning films to help provide adventure and inspiration. These films were all finalists in the 2019 and 2018 festival here in Banff, Alberta.”

The Banff Centre got their free-film web page up this past week, and I’ve had an opportunity to watch most of the films currently offered. (The Centre promises to add more films in the weeks ahead.) As is usual at the Mountain Film Festival, the offerings range in length from 6 to 28 minutes and cover everything from extreme sport to mountain culture and environment.

The Banff Centre’s current program inspired memories of my own involvement with the festival down through the years.

I like to think that a course Jon Whyte, Jim Thorsell and I taught at the Centre in the 1970s may have served as an inspiration for the festival. The course was entitled “Anatomy of the Canadian Rockies”, and it provided an appreciation of the unique mountain park environment and culture where School of Fine Arts students were spending their summer.

We were working under Centre director David Leighton during those years, and it was under his mentorship that the Banff Mountain Film Festival was initiated as an afternoon event on October 31, 1976.

Banff in late-October was a very quiet place in the mid-1970s. No one anticipated how popular this limited program would be. The Margaret Greenham Theatre venue sold out immediately and dozens of participants were turned away at the door (yours truly included). The event was rescued by a last-minute decision to move it to the Eric Harvie Theatre next door.

The festival became an annual late-October event after that. In 1979, I was asked to serve on the five-member festival jury. My memory is of two crazy, bleary-eyed days of film screenings, specifically with fellow jury members John Amatt and F.R. “Budge” Crawley.

“Budge” came to the jury as the only Canadian producer to win an Academy Award for a feature-length documentary, “The Man Who Skied Down Everest” (1975), and likely the only mountain adventure film to ever win an Oscar. He was a goofy, bon vivant who loved film. All films, regardless of their quality. (John and I worked hard to convince him that some of the worst offerings were not clever, tongue-in-cheek masterpieces.)

I participated sporadically in festival activities over the next 20 years—on a film selection screening committee, as a moderator for a “Retro Reels” event, and a participant on a festival discussion panel. After the Mountain Book Festival was attached to the annual celebration, I won a Banff National Park Award for a modest anthology I authored.

John Amatt produced the festival under his One Step Beyond banner in the late 1980s. (I credit John with the first Film Festival t-shirt, souvenirs I collected religiously for a number of years.) Many of today’s festival participants would find it amusing that one of the big debates during those years was whether video presentations should be allowed in the competition (until then submissions were on 16mm or 35mm film).

It was during John’s tenure that the Summit of Excellence Award was inaugurated in 1987, presented to the “individual who has made a significant contribution to mountain life in the Canadian Rockies… and mountaineering in Canada.” The annual award was created in memory of Bill March, who participated in Canada’s first successful Everest climb in 1982.

The Festival was always a place to meet and enjoy presentations by the great mountaineers of the late-twentieth century. One of my most memorable was Heinrich Harrer, whose Seven Years in Tibet (1952) and The White Spider (1959) were an inspiration for my youthful romance with the mountain world.

I still recall Heinrich chuckling on the stage as he claimed that Brad Pitt was scheduled to play him in an upcoming film. We all roared with laughter, thinking he was joking… until “Seven Years in Tibet” starring Brad Pitt was released in 1997.

I haven’t been to the Banff Mountain Film Festival often since moving to the western slope of the Rockies. We always said the Mountain Film Fest coincided with the first serious snowfall of the season, so that has discouraged travel over the Rockies. But the Fest has gone on without me and grown to be the largest mountain film festival in the world.

I suggest you visit the Banff Mountain Film Festival website to grasp the scope of today’s event. Check out the 80-page magazine-program for the Oct 25-Nov 3, 2019 festival. More than 440 films were submitted for consideration, and over 100 were screened on the Banff Centre campus and other Bow Valley venues last fall.

The Banff Mountain Film Festival World Tour, which begins soon after the annual awards are handed out, is even more mind-boggling. A team of film presenters sets out in November to organize more than 550 screenings at individual venues across Canada and the United States. In addition, hundreds of events are held in 47 countries around the rest of the world.

Check out the 48-page Banff Mountain Film Festival World Tour magazine to get an idea of what is involved with touring films in North America. Deb Hornsby’s “Living the Dream: The Life of a Banff Centre Mountain Festival World Tour Road Warrior” article (page 39) describes the vagabond lifestyle of North American presenters. And imagine the disruption when this year’s tour was suddenly curtailed midstream by COVID-19.

In the meantime, check out some mountain films online and dream about better days in the great outdoors or at the 2020 Banff Mountain Film Festival.