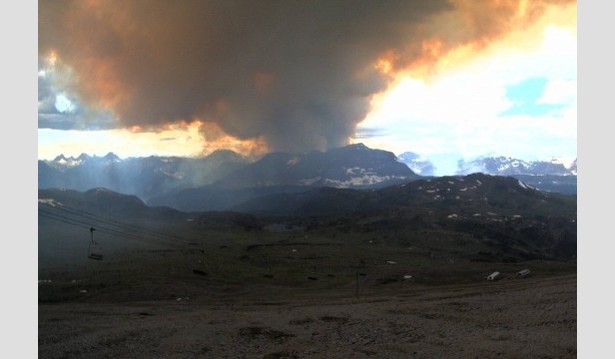 A lightning-ignited wildfire in Kootenay Park’s Verdant Creek valley has forced Parks Canada to close a number of trails in Kootenay and Banff National Parks, including the popular Egypt Lakes area and the Bow Valley Highline backpacking route.

On July 18, the closures were expanded to cover all trails in the Sunshine Meadows area and in the northern half of Mount Assiniboine Provincial Park. Gondola/shuttle bus access to Sunshine Village is still operating.

The fire started following an electrical storm that passed over Kootenay Park Monday evening, July 10. When it sprang to life on the weekend, Parks Canada closed adjacent trails and evacuated campers along the busy Bow Valley Highline hiking region on the eastern slope of the Great Divide.

A front moved across the region from the northwest on Sunday afternoon, bringing strong, gusty winds that pushed the fire into Mount Assiniboine Provincial Park and up the Simpson River valley. Closures will not likely be lifted until the fire is brought under control.

Trails in the closed area include the following (numbers refer to descriptions in the Canadian Rockies Trail Guide, 9th edition): 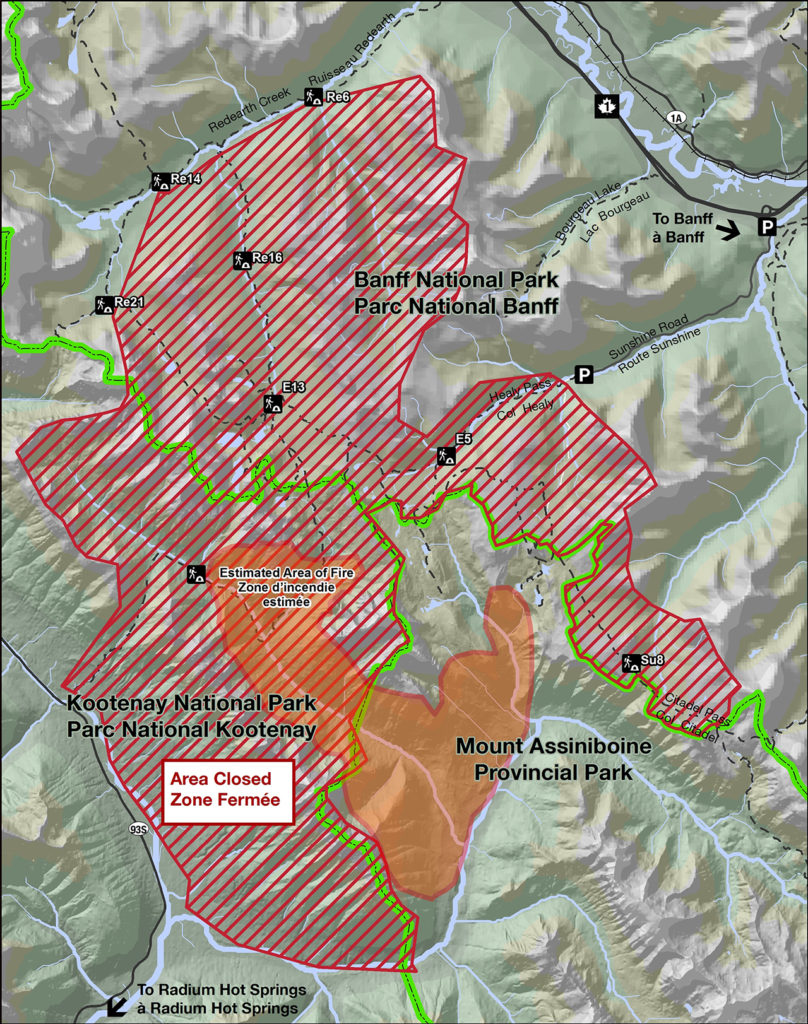