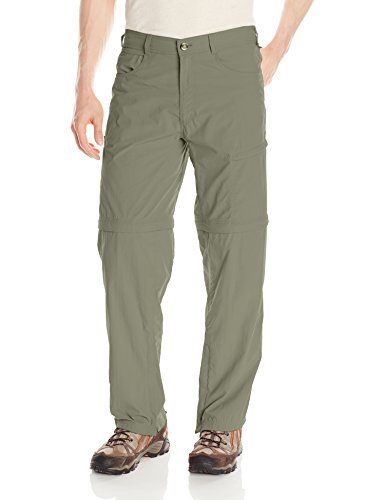 Ex Officio BugsAway pants are treated with Permethrin and just one of many products produced in the U.S., UK and EU to protect against all insects, but particularly ticks. But you can’t purchase this clothing in Canada or have it shipped into the country.

Once again, tick season is upon us. For most in the Rockies wood ticks are an annual nuisance that we suffer for a couple of months. The only defence is to tuck our pants into our socks and check ourselves carefully for the beasties following every hike. But in many parts of Canada, including British Columbia, Lyme disease has long been a serious threat, and the deer ticks that transmit the grim Borrelia burgdorferi parasite are virtually invisible.

In the northeastern U.S., where Lyme disease has been rampant for over a decade, people have been defending themselves with permethrin-treated clothing.

In the past few years, there has been an explosion of factory-treated products on the market, including shirts, pants, socks, hats, gaiters, hoodies, bandanas and neck gaiters. But not in Canada.

You can also buy 0.5% permethrin spray specifically made for treating your own clothing in the U.S. But not in Canada.

Permethrin is a synthetic chemical insecticide that acts like natural extracts of the chrysanthemum flower. Repellents, like DEET and picaridin, disorient and repel insects, but permethrin attacks an insect’s nervous system and kills it. Repellents are applied to the skin or clothing to provide a level of protection for a few hours, however permethrin should not be used on skin but rather on clothing, where it can provide dry, invisible and odourless protection for weeks or years.

Factory-treated clothing has been sold commercially in the U.S. since 2003. Factory treatment is considered effective for as many as 70 washings or, as is likely, for the life of the garment. Permethrin spray can be purchased and applied to any clothing, however the level of protection is usually listed as six weeks or six washings.

According to the U.S. Environmental Protection Agency paper Repellent-Treated Clothing: “The amount of permethrin allowed in clothing is very low, and scientific studies indicate that human exposure resulting from wearing permethrin factory-treated clothing also is low. Available data show that permethrin is poorly absorbed through the skin.” 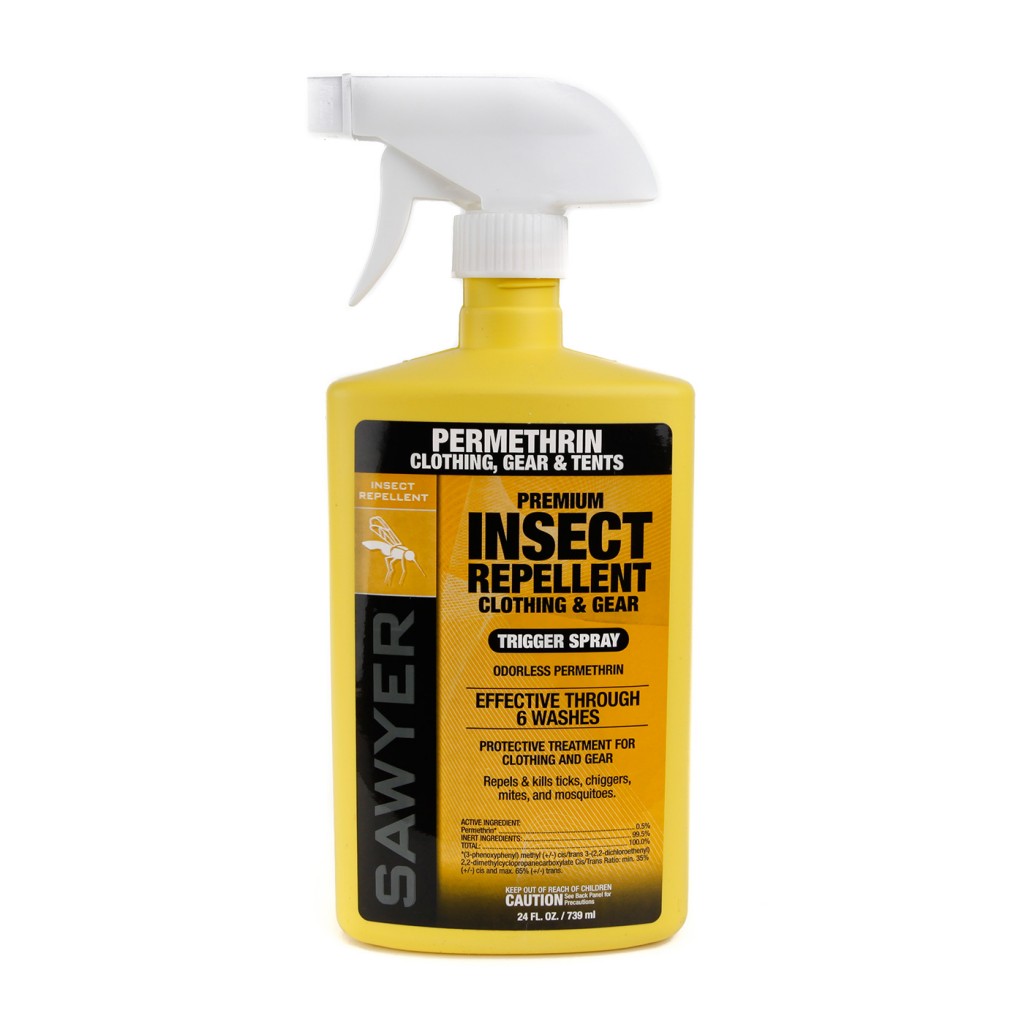 While outdoor clothing treated with permethrin is not sold in Canada, consumers can purchase permethrin from the U.S. to treat their own clothing. One of the most popular brands, manufactured by Sawyer, is available in a 24 oz (710 ml) spray from REI. The spray would treat as many as four items of clothing and is listed at a reasonable $16.00. However, shipping costs and currency conversion brings the price to $68 by the time it reaches its destination in Canada.

Health Canada’s stand concerning permethrin is difficult to understand. Here are some of the facts concerning its use:

— Permethrin has been approved for use in clothing worn by Canadian military personnel since the 1980s.

—Factory-produced clothing containing permethrin cannot be manufactured in Canada or shipped into the country, though Canadians can bring these items back with other purchases from the U.S. or abroad.

—Permethrin spray designed for use on clothing (0.5% strength) is not available in Canada, but it can be purchased online and shipped into the country (at considerable expense).

—Permethrin for use on horses and livestock (10% strength) is available in Canada. (Many outdoors folk purchase the agricultural-strength version and dilute it for their personal use.)

—The Government of Canada publication on Travel Health and Safety entitled “Insect bite prevention” recommends applying a permethrin insecticide to clothing and other travel gear for greater protection. It also states: “Although permethrin is not available in Canada, travel health clinics can advise you how to purchase permethrin and pre-treated gear before or during your trip.” (Presumably by making a shopping trip south across the border before you embark.)

I have treated clothing with permethrin and used factory-treated varieties for several years. I love being able to walk through mosquito-infested landscape without continually applying DEET (a fully treated outfit plus headwear seems to create a “bubble” of protection that keeps mosquitoes from bouncing off your face). And permethrin-treated socks and pants are much better protection against ticks than other repellents.

I have also seen the ravages of Lyme disease first hand.  If it is caught in its early stages, Lyme can be treated effectively with antibiotics. But when it reaches an advance stage, it is one of the ugliest diseases imaginable. And I can attest, it is far more prevalent in Canada than health agencies will have you believe.

Currently, permethrin-treated clothing is the most effective defence against the deer ticks that host and transmit Lyme disease. And until Health Canada gets its act together and makes factory-treated clothing and permethrin spray readily available in this country, those of us who spend time in the outdoors will have to jump through a lot of ridiculous hoops and incur great expense to protect ourselves.