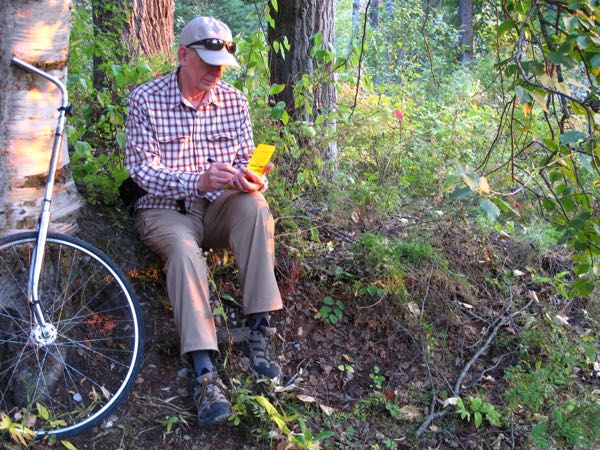 When Mark’s suddenly released a line of permethrin-treated clothing under its WindRiver label this past spring, it came as a huge, personal surprise. For several years, I had been questioning why Canada was reluctant to approve insect-repellent clothing while it was available everywhere else in the world.

I even posted  blogs about this frustrating issue—Ticks, Permethrin and Canadian hypocrisy (April 17, 2017) and Permethrin-treated clothing arrives in Canada (June 14, 2018).

While my primary interest is hiking in the Canadian Rockies, these postings attracted a flood of responses from across Canada. I was even interviewed about the issue on CBC Nova Scotia (“Why you can’t find anti-tick clothing for sale in Canada…” June 23, 2018).

It was obvious many Canadians were concerned about the lack of permethrin-treated clothing in this country, particularly in areas like the Maritimes, Ontario and Manitoba, where tick-borne Lyme disease is most prevalent.

I had a lot of questions about how Mark’s had made its breakthrough with Health Canada, specifically the Pest Management Regulatory Agency (PMRA), so I contacted head office in Calgary.

After an hour-long interview Iain Summers, vice president of innovation with Mark’s, I discovered the company had spent a frustrating decade trying to get approval for its WindRiver No Fly Zone line. And when it finally did come through, the PMRA demanded the clothing be lined with non-permethrin fabric and that Marks couldn’t mention anything about its effectiveness against ticks.

But despite these hurdles, Mark’s forged ahead with the release of its No Fly Zone line this past spring. And from what I can tell, the response has been positive.

I had already ordered a WindRiver No Fly Zone ball cap when it first came available online. And Mark’s sent me a No Fly Zone shirt and pants to test as well.

Without any preconceived bias, I am very pleased with the fit and features of my WindRiver outfit. I have a large head, and the ball cap is the most comfortable and ample I’ve ever worn (it is my favourite cap regardless of the bugs).

And I was surprised by the comfort and features designed into the shirt and pants. I even appreciate the lining, which allows me to easily slip in and out of these clothes.

However, I was worried about the PMRA-required lining during hot weather. But after wearing the full outfit hiking and working in the yard in 30-degree-plus temperatures, it didn’t seem a huge problem.

Admittedly, the clothing is best designed for evenings around the campfire and working in the bush, but I won’t be reluctant to wear it when I’m back on the trail. The generous sizing provides good air circulation, and the synthetic material doesn’t absorb perspiration or stick to your skin, so you dry off quickly in the shade.

Permethrin-treated clothing is understandably more expensive than regular outdoor wear. But though I’ve shopped for and received some good deals abroad, the Mark’s line is very competitively priced. In fact, treated tops and bottoms in the U.S. are more expensive, particularly in Canadian dollars.

As mentioned in my previous postings, I have a fair amount of experience with permethrin-treated outdoor wear that I’ve bought in the U.S., UK and Spain. So I know pretty much what to expect. And there are no surprises with the WindRiver line.

Initially, there was very little “halo” effect with the cap, shirt or pants when I encountered swarms of mosquitoes. In other words, mosquitoes did buzz around me and even light on my clothes, but these “explorers” didn’t linger long and soon buzzed off. And there seemed to be fewer “explorers” after the initial attack. (This is a subjective analysis.)

Anyway, I can’t imagine any mosquito biting through the cap, shirt or pants (permethrin treatment and the double-lining pretty much insures that). But I still had to use repellent on exposed skin, face, neck, ears, and hands (Picaridin is my choice, but DEET and Oil of Lemon Eucalyptus are effective as well). 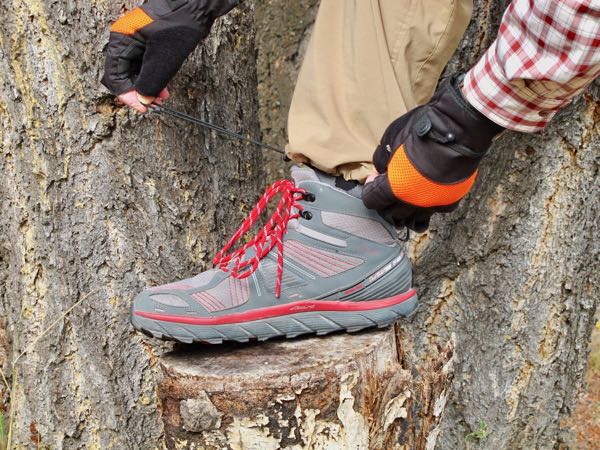 This is a subject the PMRA doesn’t allow Mark’s to talk about. But I’m under no such constraints. I consider the WindRiver clothing design, particularly the pants, an extremely effective tool in guarding against black-legged ticks and Lyme disease.

One of the features that Mark’s doesn’t mention in its description of WindRiver No Fly Zone pants is the shock cord contained within the pant cuffs (probably due to PMRA restrictions). This is the most efficient shock cord I’ve ever encountered on any outdoor pants. It provides a very snug but comfortable seal around the ankle, and along with the permethrin-treated cloth, creates an effective second line of defence against ticks moving upwards to bare skin.

Where I do most of my hiking, wood ticks are the primary nuisance. There are a number of trails on south-facing slopes in the Bow and Columbia Valleys where I always come back with at least one wood tick between late March and mid-June. Wood ticks are a lot easier to spot than deer (black-legged) ticks and less dangerous. My WindRiver No Fly Zone clothing arrived after the peak of the wood tick season, but you can be sure I’ll be testing it next spring.

No, there is no 100% guarantee that a tick can’t gain access to your flesh, and if it is a black-legged tick, transmit Lyme disease into your blood stream. But using well-designed, permethrin-treated clothing will improve your odds of travelling tick-free by about 95% (my educated estimate).

And if the PMRA doesn’t agree with this, maybe they should check out recent studies carried out in the U.S. (“Study confirms this method of repelling ticks really does work” CBS News, May 25, 2018.)

Yes, you can saturate your clothing with DEET and get the same protective effect. But how many people are willing to do this every time they step out into the bush, backyard or onto the trail? It is so much easier to slip into pre-treated, scent-free clothing that is proven effective for pretty much the lifetime of the garment.

Until the PMRA takes a more realistic approach to the use of permethrin-treated clothing and sprays designed for treating same, Mark’s WindRiver No Fly Zone attire serves as the best defence against insects and ticks that is readily available in Canada.