Virtual backpacking in the age of coronavirus

We’re still wondering whether there will be much backcountry travel in the Mountain Parks during this coronavirus summer. But you can still make dozens of virtual treks in the Canadian Rockies on the YouTube channel while you’re waiting.

These lengthy video productions provide a welcome relief from lockdown isolation. An excellent resource for backcountry enthusiasts planning future outings. All of the trips bring back memories of my own adventures in the backcountry and serve as an important resource for the next edition of the Canadian Rockies Trail Guide.

Over the past few years, I’ve developed “virtual” friendships with several of the Rockies’ most active backpackers, including some very talented and energetic video producers.

I’ve posted links to some of these productions in the past: Howse Pass: The disappearing trail and South Boundary Trail—The Movie with YouTube videos by Marty Belanger and Stuart Howe respectively.

Martin Belanger (Martyupnorth) is undoubtedly the most prolific backpacking videographer in the Canadian Rockies. Marty usually travels solo and he sometimes fails to reach his destination, but he’s always entertaining. There are few backpacking routes in the Mountain Parks and the Alberta Foothills he hasn’t filmed over the past decade.

Stuart Howe has only been filming trips in the Mountain Parks since 2017, but I always learn something new from his productions. Most of his trips are completed with twin daughters Evelyn and Olivia, who are literally leading ladies for his giddy presentations. Check out Howe’s the Hike on YouTube, including the Brazeau Loop (1:03:54) above. 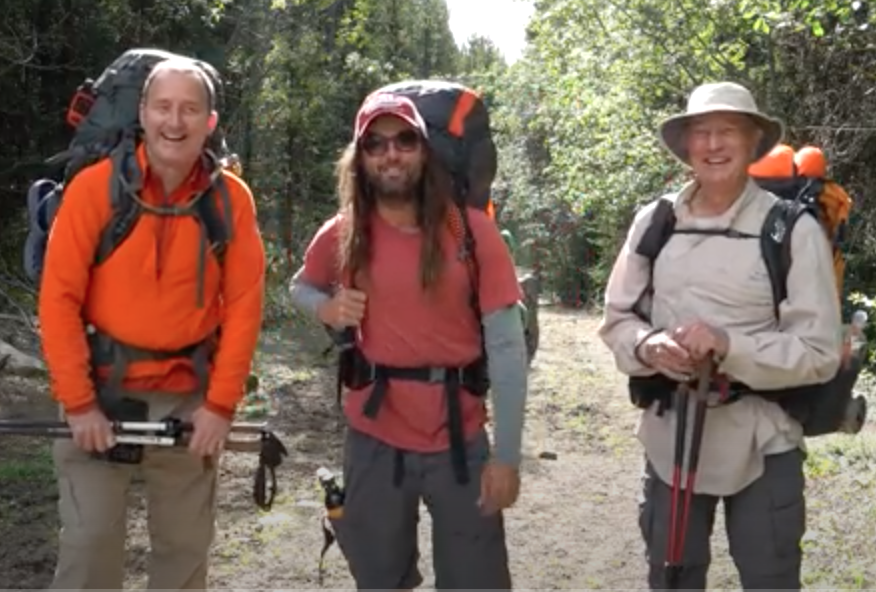 Trails in the Canadian Rockies have caught the eye of American backcountry videographers Joey Coconato (MyOwnFrontier) and Bryan DeLay in recent years. In the late summer, 2019, the pair joined Canada’s Stuart Howe on Jasper’s North Boundary Trail. Each produced their own movie about the journey.

Or if you prefer a wilder, more difficult North Boundary Trail, check out Marty Belanger’s video from a solo trip in June, 2015.

Stuart Howe, Marty Belanger, and Joey Coconato planned a trip together on Jasper’s Southesk Lake loop this June. But it appears COVID-19 has put that adventure on hold.