Waterton Park: After the Kenow Wildfire 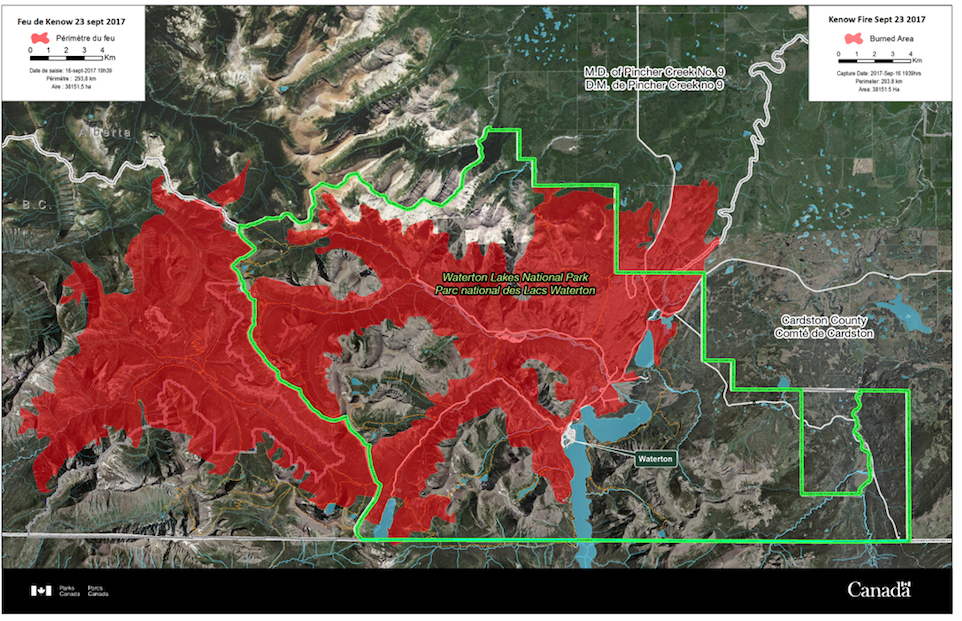 A Parks Canada map posted on September 23 displays the sections of Waterton Park burned by the Kenow wildfire. Nearly all trails and valleys from the Waterton Valley west were damaged to one extent or another and will undoubtedly remain closed for the rest of the season. Meanwhile, trails on the east side of the Waterton Lakes, including Crypt Lake, Wishbone and Vimy, reopened on Thursday, September 28. Check  Information Bulletin (Sept 28) on the Waterton Lakes National Park website for what’s open and what’s closed going into October.

As autumn snow dusts the peaks down to the 2000-m level, Waterton Park has reopened, more or less, and is licking its wounds following the Kenow wildfire, the most devastating forest fire in the park’s history.

The townsite is open for business and visitors are hiking the trails on the east side of the valley, including Crypt Lake, for a few more days. But it will take until next year to fully assess the damage to the park’s trail system west of the Waterton Valley.

Anyone who knows the fickle, violet winds of Waterton Lakes National Park shouldn’t have been too surprised by what happened on the evening of September 11. The Kenow wildfire, which had been slowly expanding on the west side of the Great Divide in B.C.’s Akamina-Kishenina Provincial Park, suddenly exploded and swept down the Cameron Valley and through the northern half of Waterton Park.

Nearly all buildings in Waterton townsite, including the Prince of Wales Hotel, were saved. However, the Park Visitor Centre at the town entrance and other structures (stables) north to the park entrance were destroyed. When all was said and done, the fire consumed an estimated 38,100 hectares (381 square kms).

As for hiking trails, it is easier to list what wasn’t affected—Wishbone-Vimy Peak (185) and Crypt Lake (186). The west side of Upper Waterton Lake was badly charred, including Bertha Lake and the Bear’s Hump. Both ends of the Carthew-Alderson Trail burned as did sections of the Tamarack Trail. Much of Akamina-Kishenina Provincial Park was consumed as well, including forest bordering Wall Lake.

Since Waterlon is the Canadian Rockies’ premier hiking park, it is expected that Parks Canada will make every effort to assess the damage, remove hazards, and get trails open again in 2018. But for the time being, everything west of the Waterton Valley remains closed. For the latest update on the fire, see Parks Canada’s Kenow Fire Update and Photo Galleries for dramatic fire images. 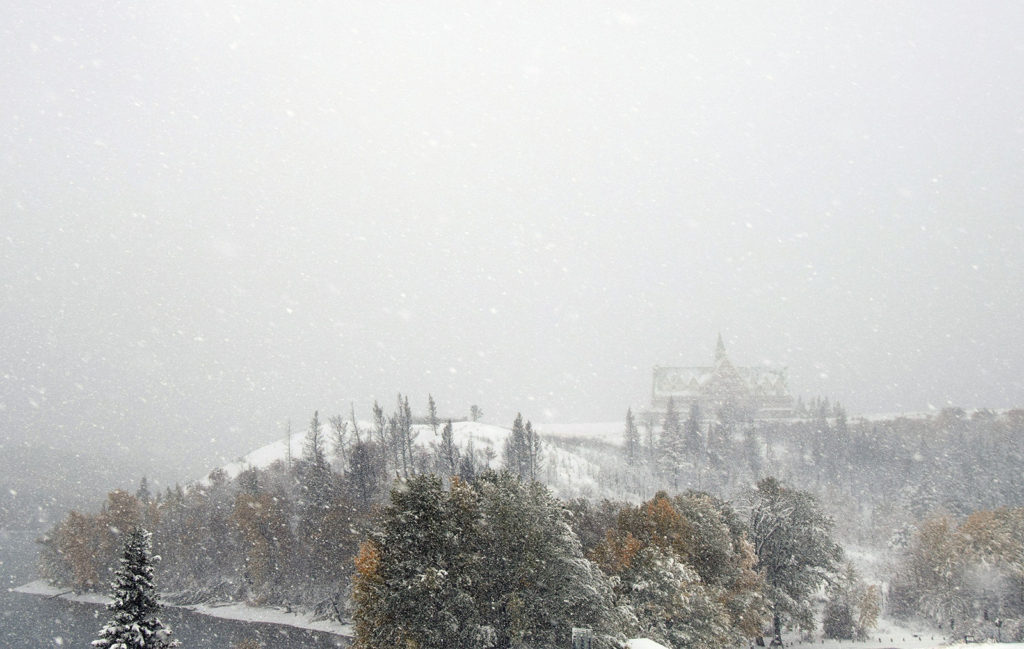 A heavy snowfall on October 2 blanketed Waterton Townsite and the Prince of Wales Hotel. But several chinook days have dried the landscape and provided a few more pleasant, autumn days for park visitors. Parks Canada photo.