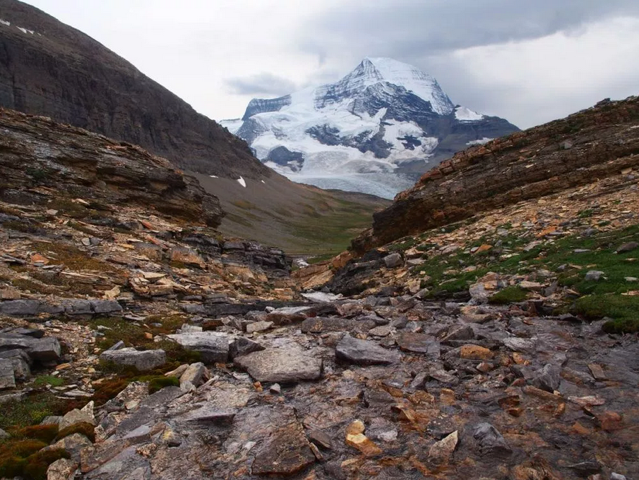 Snowbird Pass above Mount Robson’s Berg Lake is number 1 on the list of trails I’d like to hike someday. Since I’ve never been there, I have to rely on this photo by blog contributor Bruce Nielsen—looking back at Mount Robson on the ascent to Snowbird Pass. Check out Bruce’s photos from the Berg Lake and Snowbird Pass trails on his ThisIsBigBlog site.

Despite what many people believe, Bart and I haven’t hiked all the trails in the Canadian Rockies. There are still trails we’ve missed and would dearly like to hike before we get too creaky to manage them.

When I was making up a “bucket list” for myself, I suddenly realized there aren’t many day hikes in the mountain parks that I haven’t done at least once. Most of my missing gems are either backpacks or day trips made from backcountry camps.

So, for what its worth, here are five trails I consider Canadian Rockies classics. And if you haven’t hiked them, don’t feel bad. Neither have I.

Snowbird Pass. Though I’ve been to Mount Robson’s Berg Lake three or four times,  weather or time have conspired against completing what I consider the most scenic day hike in the Rockies. Admittedly, you have to reach Berg by shank’s mare or helicopter before you tackle this 20-km round-trip from Robson Pass.

Akamina Ridge. I know I shouldn’t be including trips that require off-trail scrambling (there’s lots of spectacular off-trail destinations in the Rockies), but this classic, alpine ridge-walk in Akamina-Kishinena Provincial Park is a natural connection between Forum and Wall Lakes that only requires a brief scramble through a rock band. Again, I’ve hiked  both Forum and Wall, but I never had time to tackle the demanding 18.5-km circuit that includes the vast, all-encompassing views from Akamina Ridge.

Devon Lakes. When I camped at Fish Lakes above Banff Park’s Pipestone Valley, I knew I should spend an extra day or two traversing to the Devon Lakes via Pipestone and Clearwater Passes—one of the best alpine regions in the Rockies. Alas, I’ve only experienced this special place through the photos and descriptions of trail guide/blog contributors Mike McReynolds, Jim Shipley and Bruce Nielsen. Check out Bruce’s photo blog covering the trip to Devon Lakes. 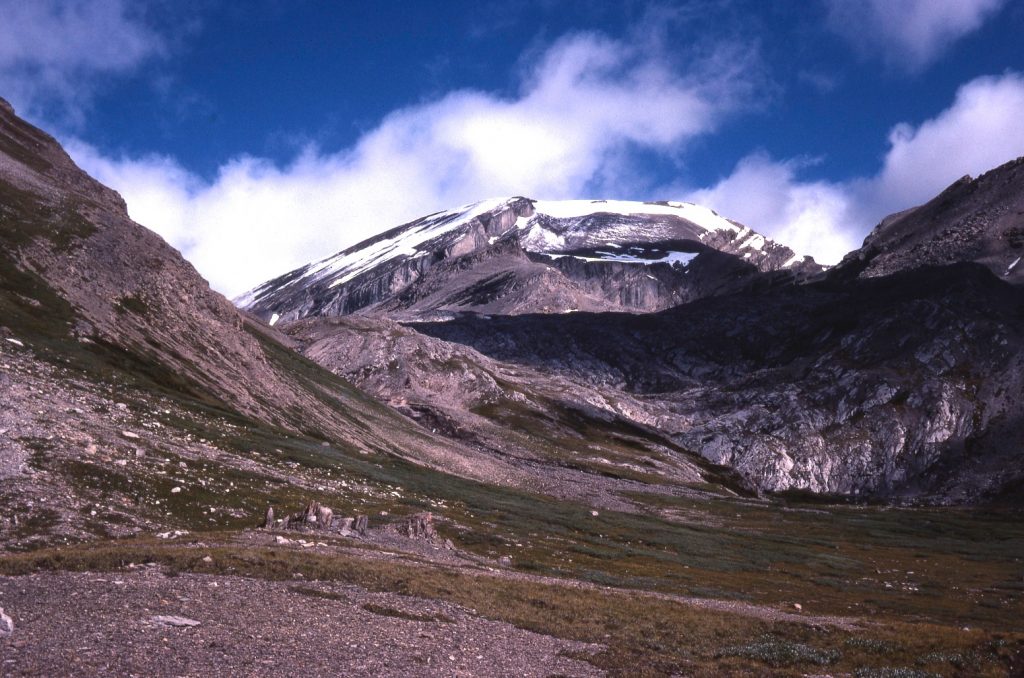 Badger Pass. Another near miss when we backpacked Banff’s Sawback Trail. One extra night at Badger Pass Junction Campground (Jo29) would have allowed a 5-km side trip to one of the highest trailed passes (2545m) in Banff Park. Instead, we used the description and photo provided by faithful contributor Mike McReynolds.

Abbott Ridge. The first edition of the trail guide included Glacier and Mount Revelstoke National Parks, which were dropped in subsequent editions. When we did our fieldwork there, we split  the trails equally between us for efficiency sake, and Abbott Ridge is one that Bart did. While I returned years later for a jaunt to Marion Lake, I never had time to complete the 5-km trail to the alpine ridge and its 360-degree panorama of the peaks and icefields surrounding Rogers Pass.

As we get older, we make bucket lists. They’re really dream lists, like what would I do if I won the lottery? And when it comes to hikes, especially those that require multi-day backpacks, I’m not likely to ever get there. But I can dream, can’t I?

Take my word, these trails are pretty special. Please feel free to save them to your own bucket list.