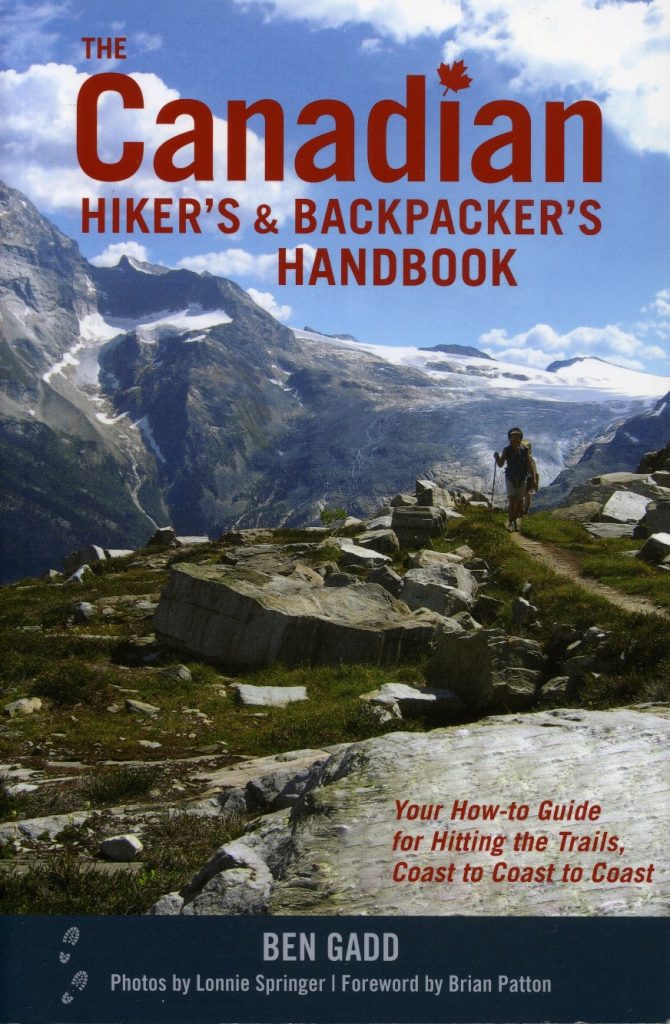 When Ben Gadd asked me to write the Foreword to The Canadian Hiker’s & Backpacker’s Handbook back in 2008, I was surprised and a bit taken aback. Wasn’t there already a wealth of “how-to” books about hiking and backpacking on the market? And backpacking was nowhere near as popular as it was back in the 1970s and 80s.

After I read the manuscript in preparation for writing my Foreword, I suddenly realized this was a volume that was long overdue—a Canadian perspective on backcountry travel and all it entails.

Though published nearly a decade ago, the Handbook holds up well today. Lucky for Ben, the internet, GPS, Google Earth and digital cameras had already appeared as important tools for backcountry travel. In fact, if it weren’t for the photographs in this lavishly illustrated volume (a slightly outdated digital camera and GPS unit), you’d think it was a current publication.

Though I’ve returned to the handbook numerous times, I have yet to discover any aspect of day- tripping or backcountry camping that isn’t addressed. Even rattlesnakes! (Yes, I nearly stepped on one while hiking in Alberta’s Writing-on-Stone Park.)

Ben even presents a “novel” approach to describing a typical backpacking trip—an illustrated, fictional tale entitled “Story of a backpacking trip.” It might sound a bit hokey, but it turns into a unique and effective way to address all the variables that go into a multi-day journey into remote country.

Anyone who has ever been on one of Ben’s field trips will recognize his cheerful, enthusiastic voice as they wander through the chapters. And if you own his best-selling Handbook of the Canadian Rockies, you will, once again, marvel at his attention to detail.  Every time I read anything he’s written, my gut reaction is: “Hello! Labour of love.”

So, as the snows gradually disappear along the Great Divide, I’d suggest you pick up a copy of The Canadian Hiker’s and Backpacker’s Handbook, which is available from regional bookstores and outdoor shops, including online orders with Mountain Equipment Co-op (MEC), Map Town, Amazon.ca or the publisher, Whitecap Books. Suggested retail $29.95.

It’s a book that will focus you on the season ahead and remind you, as Ben says, “…about the joy and beauty of putting one foot in front of the other in wild country.”