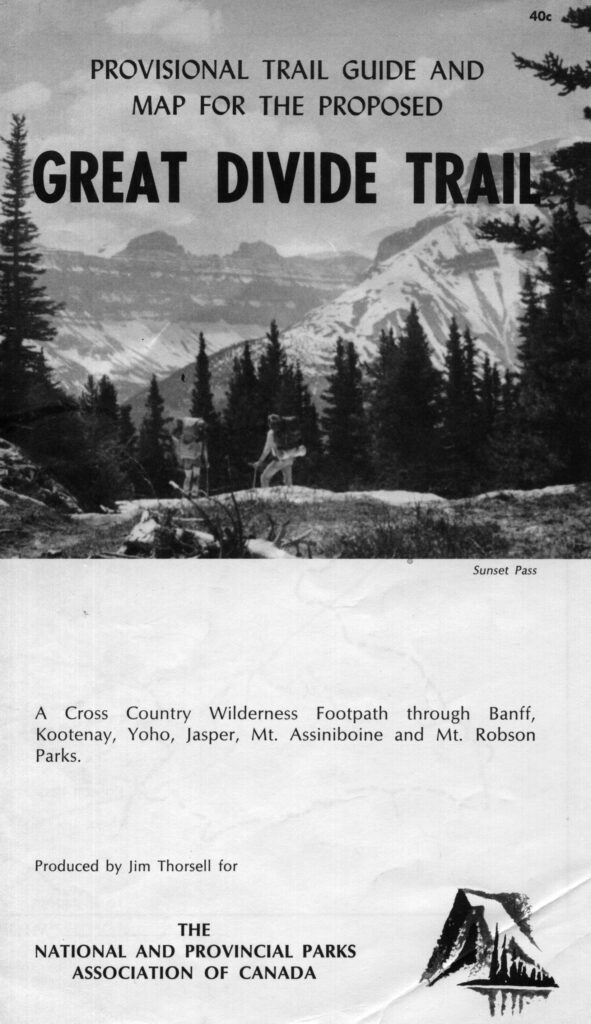 Jim Thorsell began charting a route for the Great Divide Trail  while completing a trail use survey for Banff and Yoho Parks in 1967.

After tweaking the original route, he published the Provisional Trail Guide and Map for the Proposed Great Divide Trail in 1970.

The 12-page, accordion-style publication was produced for The National and Provincial Parks Association of Canada. It sold for 40-cents at a few select outlets in the Mountain Parks. Jim’s description would later be summarized as an appendix in the first six editions of the Canadian Rockies Trail Guide from 1971 until 1999.

The route has been modified somewhat down through the years. Current route descriptions are found in Dustin Lynx’s Hiking Canada’s Great Divide Trail guidebook and the Great Divide Trail Association’s website greatdividetrail.com .

The Great Divide Trail was never formally designated. However, dozens, if not hundreds, of backpackers set off to complete all or parts of the route every year.

Since it is the 50th anniversary of the original publication, it seems appropriate to reproduce it here for those who never saw it. With few exceptions, it  remains an ideal route for backpacking from the southern end of Banff National Park to Mount Robson.