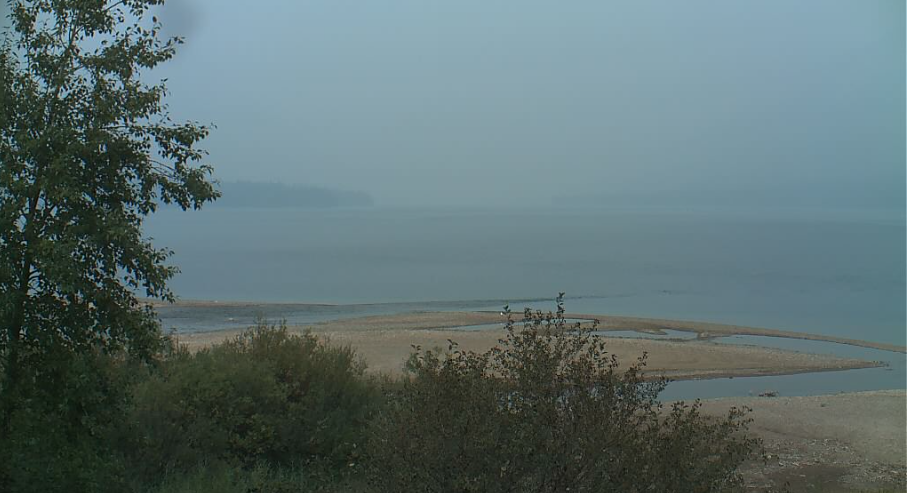 Looking for Waterton? It’s somewhere in the smoke north of Glacier National Park’s Goat Haunt webcam on September 6 at 2:45PM. The entire park has been closed except for the townsite and the main evacuation road to the north.

Update September 8, 2017—Parks Canada ordered a mandatory evacuation of all remaining visitors and residents from Waterton townsite this afternoon. The order was the result of a weather forecast predicting increasing westerly winds tonight and tomorrow with gusts as high as 70 km/h. These conditions increase the chance of the Kenow Fire jumping the Great Divide and moving into the park’s core. The town and corridor has been successfully evacuated and gated (19:00). The Calgary Fire Department has dispatched three heavy vehicles and around 20 personnel to protect structures in case the fire reaches the townsite. You can keep abreast of the situation by linking to the park’s Important Bulletins webpage.

September is the best time for a hiking holiday in Waterton Lakes National Park. But not this year.

An out-of-control wildfire burning near the northwest corner of the park has placed all residents and visitors on notice for possible evacuation and the entire park beneath a pall of smoke.

The alert was triggered by the 4,500 hectare Kenow Fire that is burning from B.C.’s Flathead Valley. The fire has reached the park boundary near Sage Pass and threatens to move down the Bauerman and Blakiston Valleys into the park core.

The evacuation alert was released September 5 at 6:30PM and resulted in the closure of the entire park except for the townsite, the townsite campground, and the main roads leading out of the park towards Pincher Creek and Cardston.

Though the fire is still 30 kms from the Waterton Valley, park managers are worried the region’s strong, unpredictable winds could create a fire storm that could reach the valley in one or two days. And the weather forecast is not good.

“We haven’t had anything this big or threatening affecting Waterton in the past,” says resource conservation manager Dennis Madsen. “When those winds come, at whatever time they come, we can expect this fire to make a big move.”

B.C.’s Akamina-Kishenina Provincial Park, which is reached by trail from Waterton’s Akamina Parkway, was closed by a BC Wildfire Service order on September 2. See “Fire hazard forces closure of BC Parks” on this blog. There is no indication at this time whether or not the fire has burned into the north end of the park.

With a forecast of hot, dry weather for the coming week, I wouldn’t be surprised if Waterton Lakes and Akamina-Kishenina parks remain closed for the rest of September.

You can check out the Evacuation Order on Parks Canada’s Waterton Lakes National Park website and keep track of changing conditions on the park’s Trail Condition Report. 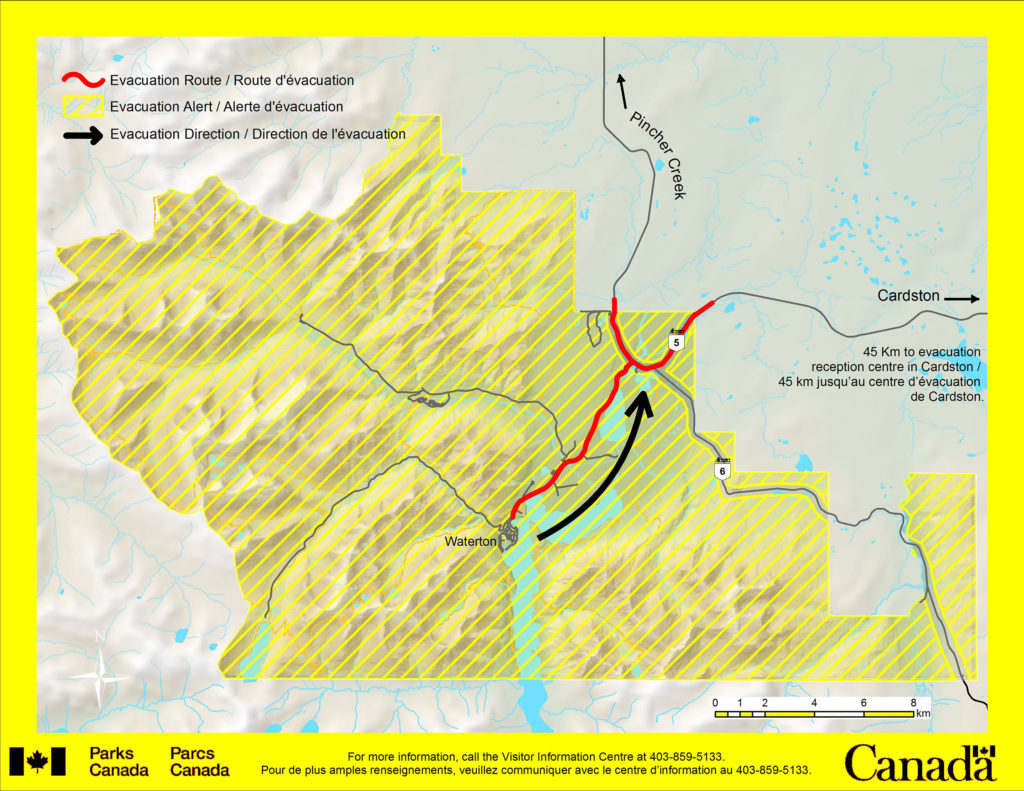